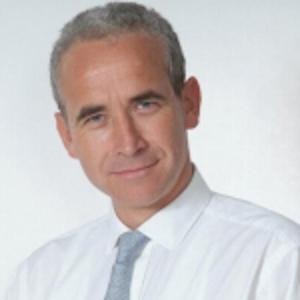 A highly accomplished investment banker with established relationships and expertise across a broad range of disciplines, Timothy Holder is based in Zurich and has 26 years of corporate and project finance experience, mostly in the Middle East & North Africa (MENA) region.

After 2 years in Beijing, Tim now works between London, Zurich and the Middle East.

His experience includes advising the Government of the UAE on the adoption of Public-Private Partnerships in a number of sectors including healthcare and education. Moreover, he has considerable expertise in privatisation work involving government advisory assignments, notably in Iraq, as well as advising large corporates looking to acquire newly privatised companies.

Much of his career has been spent in the Middle East, where he has spearheaded a series of complex project financings in Saudi Arabia, Qatar, Kuwait and Lebanon.

He has an intimate involvement with Saudi Arabia dating back almost thirty years and in the context of his work with the Saudi British Economic Offset Programme, of which he is a long-standing committee member, he has originated and executed multibillion dollar inward investment in a large array of industries.

Previously head of the Bahrain office for Taylor-DeJongh, a specialist merchant bank.

Before spending 10 years with Schroders (now Citigroup) Tim was with Coopers & Lybrand and Price Waterhouse.

He has held positions at Business Development Asia LLC and MerchantBridge, an investment bank focused on the MENA region, where he originated and executed corporate and project finance assignments in the Middle East.

Since 1990, Mr Holder has advised the UK Ministry of Defence on the Al Yamamah Economic Offset Programme in Saudi Arabia.

He is an economics graduate from the University of Warwick and a qualified chartered accountant.